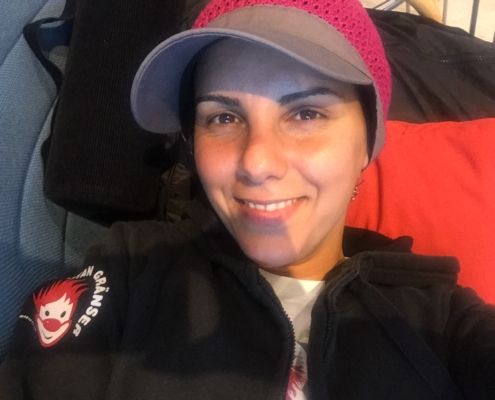 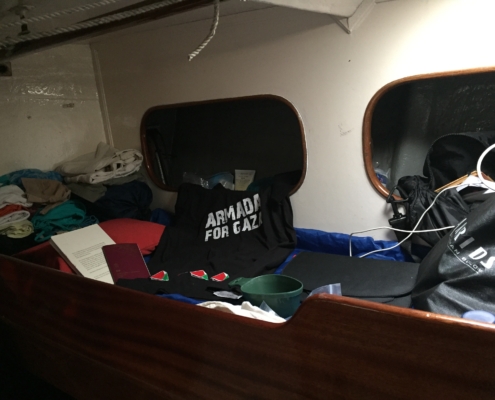 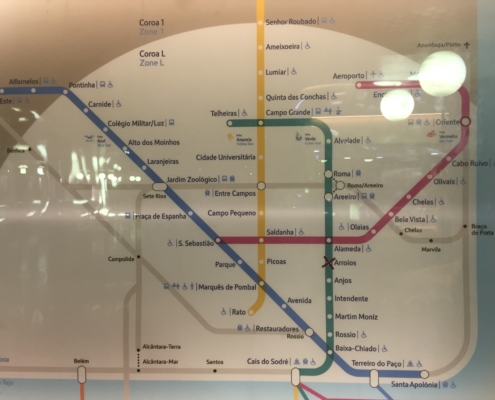 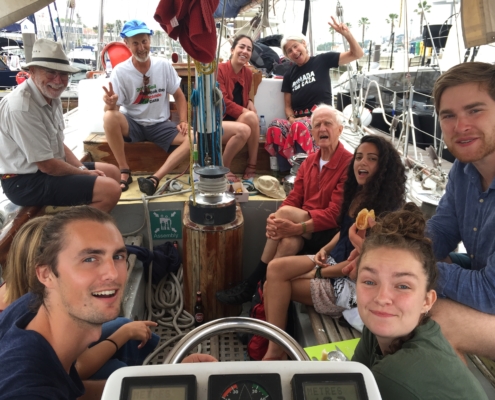 My journey started at 03:29 this morning and about three hours later, after a horizontal position on various airport benches, a slightly delayed plane took off from Kastrup to land at Lisbon Airport. One could think that I would have fallen asleep on board after having been awake for a whole night with travel fever and a highly indecisive packing process, but no.

The plane was crewed by three women and one man, his voice was heard every time something important was said over the loudspeaker while the silent bodies of the women stood for the visual demonstration… tiring.

Lisbon! Outside the airport, I suddenly realize that I know absolutely nothing about Lisbon. At 7 pm tonight there will be a welcome event for Ship to Gaza somewhere in town. I have 8 hours to experience this town, find the harbor and the ship and travel back in to town for the  event.

The “experience” of Lisbon became a tour of the subway systems different lines due to some “lost in translation” misunderstandings. When I finally realized that the metro had nothing to do with the port of Cascais and that I needed to get to another completely different train, it went much faster and smoother. An Irish family – first-time tourists in Cascais- waited with me in a taxi queue. After about 30 minutes of waiting in 35 degrees of sunshine, I googled Taxi Cascais, and got a taxi for all of us within five minutes. That it took me thirty minutes to try googling, I blame completely on sleep deprivation. The family was curious of my luggage so during the taxi ride i told them about ship to Gaza and my challenge. They later paid for my taxi ride as their ”contribution to the effort for a free Gaza and Palestine”. Heartwarming!

Finally onboard!
I’ve got my little cabin at the front of the bow, with the words “it may sway a bit here”. Wonderful. Then I’ll probably sleep well …

After hanging out, socialising and bonding with crew and participants from both Freedom and Al Awda, the Norwegian part of the flotilla, it’s time to unpack, eat and finally sleep! The event will have to carry on without me tonight, I have now been awake for 43h …

I will write every day, but can only post on the blog the days we are in port. So stay in touch!