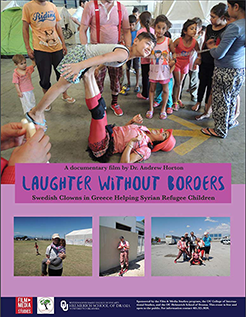 Laughter Without Borders is a documentary shot during the summer of 2016 following four Swedish artists from Clowns Without Borders Sweden, who were helping Syrian and Afghanistan refugee children in a number of refugee camps in Northern Greece outside of Thessaloniki open up to laughter!